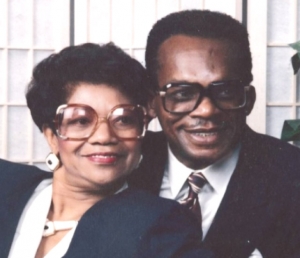 Faithful dedication to a God-given dream and vision has resulted in the present day ministry of River of Life Christian Church, an Interdenominational Ministry. God gave the dream and vision to Apostle Arnold P. Williams and his wife, Apostle Bettie J. Williams.

In 1969, on Arnold’s 30th birthday, God appeared to him in a vision and commanded him to tell the people, “Time is running out!” (Rev. 22:7), “Behold, I come quickly. Blessed is he that keepeth the prophecy of this book”. Arnold did not take heed to God’s word immediately, but rather, he ran from it. Four years later, he found out, as did the Apostle Paul, that it is hard to “kick against the pricks of God,” (Acts 9:5).

In the fall of 1974, the church began operating as a “store-front” missionary ministry. The first Sunday evening services were held at 606 Selby Avenue. At that time, focus was directed primarily in ministering to those we might describe as non-traditional people who were not being reached by traditional churches; the destitute, distressed and brokenhearted. “All them that are afar off” (Acts 2:39; Luke 14:15-24).

Pastors Arnold and Bettie attended Compassion Bible School and became involved in missionary work in Belize, Central America, Canada, and various other places. In addition, Pastor Arnold served under his father, the late Rev. Dr. Kneely Williams, as an Associate Pastor at New Hope Baptist Church. Pastor Arnold became a licensed minister in 1976 and was ordained in 1977.

In the fall of 1979, God called them to fulltime pastoral shepherding ministry with regular Sunday morning worship services. The Lord spoke to